There are a lot of adjectives starting with the letter ‘s.’

This article will go over some of the more common adjectives that start with ‘s’ and their meanings.

Whether you’re looking for some S adjectives to praise a person nicely, choose the correct S adjective for a poem, or engage in a word game, we hope that you discover exactly what you need and that the perfect words will always be available to you!

Safe: not able to be harmed or injured, secure

Saint: a very good person who is kind and helpful, a person that you respect because of their abilities as a spiritual leader

Salty: having the taste of salt

Sarcastic: having a sharp, bitter, and often scornful quality of irony or wit

Satisfied: happy with what you have or have done

Savage: (of a person or their actions) fierce, violent, and uncontrolled

Scared: feeling fear or worry about something that might happen

Secure: not likely to be harmed or lost

Seductive: making someone have sexual feelings

See-through: allowing light to show through so that objects behind can be seen

Self-absorbed: too concerned with your own thoughts, feelings, and activities

Self-aggrandizing: trying to make yourself seem more important or powerful than you are

Self-assured: having a strong belief in your ability to do something

Self-centered: thinking only of yourself and your own needs

Self-critical: too critical of yourself

Self-conscious: aware of and worried about your own appearance, behavior, and the impression you are making on others

Self-confident: having a strong belief in your ability to do something

Self-directed: taking control of your own life and making your own decisions

Self-disciplined: able to control your own behavior

Self-effacing: not bragging about your own achievements

Self-financing: providing the money needed to finance something yourself

Self-fulfilling: causing itself to happen because of the expectations you have of it

Self-indulgent: taking too much pleasure in your own activities or possessions

Self-interested: thinking only of yourself and your own interests

Selfish: concerned for yourself, important to you rather than other people

Self-reliant: able to rely on yourself to do what needs to be done

Self-righteous: feeling that one is better, more moral, or more correct than others

Senseless: not able to think about things in a sensible way

Sensible: able to think about things in a calm and practical way

Sensual: involving or providing pleasure through the senses

Sentimental: based on strong feelings rather than reason

Serious: important and not joking

Servile: too willing to do what other people want

Shady: not completely honest or fair

Shallow: not deep or serious; without much thought or meaning

Sharp: having an easily noticed, and unpleasant quality of being able to hurt somebody; having a very thin edge that is able to cut

Shiny/shimmery: reflecting a lot of light and seeming to be wet or covered with a thin layer of water

Short: not long; not tall

Shy: not confident and not wanting to speak to people or be with people

Silent: not making any noise

Simple: not complicated or difficult to understand

Sincere: honest and showing a lot of feeling

Sinister: wicked or evil in a particularly malicious way

Skeptical: doubtful or distrustful of someone or something

Skillful: able to do something well because you have had a lot of training or experience

Slapdash: done or made without much effort or thought; a mixture of things added together

Slender: thin in an attractive way

Slight: not big, strong, or heavy

Slim: thin and not having much flesh on your bones

Slimy: covered in a slippery substance

Slippery: hard to hold on to because it is smooth

Slothful: unwilling to work or be active

Slow: moving or happening slowly; taking a long time to do something because you are not able or willing to hurry

Smelling: having the odour of something such as an animal, plant, or food

Small: not large or important

Smooth: (of a person’s skin, for example) free from roughness, bumps, or lines. It also means a very smart and polite way of speaking that is intended to avoid causing offense.

Smug: having or showing a feeling of self-satisfaction or superiority, especially when this is not justified

Sneaky: moving, acting, or done in a quiet and secret way

Snobbish: having or showing a dislike of people who are not considered to be as good as oneself

Sociable: friendly and enjoying the company of others

Social: involving or concerned with society

Solemn: not happy or cheerful

Solitary: alone and isolated from other people

Spiritual: concerned with the spiritual or religious realm

Spontaneous: happening or done without planning or forethought

Sporty: given to competitive sports and physical activity

Spoiled: having been treated too well and not made to work or suffer

Spunky: lively and full of energy

Stable: not likely to change or be upset

Staggering: so impressive as to stun or overwhelm

Static: not moving or changing

Stealthy: moving, acting, or done in a quiet and secret way

Stern: severe or strict in manner or appearance

Stingy: unwilling to spend money or give things away

Strict: demanding that something be done in a particular way

Stubborn: refusing to change an opinion or decision easily

Surly: unfriendly and unwilling to talk politely with other people

Superior: having a higher rank, status, or quality

Sullen: angry and silent in a bad-tempered way

Suspicious: tending to suspect that something is the case without having proof; suspicious

Sweet: pleasing in nature or manner

Sympathetic: understanding and supporting someone who has problems or difficulties

Adjectives Starting With S to Describe a Person

Here are some adjectives starting with s that describe a person:

How to Pronounce the S Sound

The s sound is one of the most common consonants in English.

We often need to pronounce the ‘s’ sound:

The ‘s’ can be pronounced in different ways:

The / ɪz / sound is pronounced like an extra syllable.

If the last consonant in the word has one of the following voiceless sounds (p, k, t, f, th),, the plural should sound like / s /.

If the last letter makes a voiced consonant sound, then we produce a / z / sound. This sounds similar to a bee making the zzzzz sound.

Adjectives are words that describe qualities about people or things. These adjectives starting with s can often be found in front of nouns, sometimes after linking verbs.

The list of adjectives here is not meant to be copied verbatim but used as a resource for looking up the definition or meaning of an adjective.

It’s always good to broaden one’s vocabulary, even if it means learning new words that are synonyms or have similar meanings to words already known.

People who are well-read often have a richer vocabulary than people who do not read or learn new words. Reading is an excellent way to expand one’s vocabulary.

I hope you have found this list of adjectives that start with the letter ‘s’ helpful! 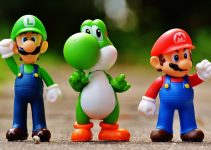 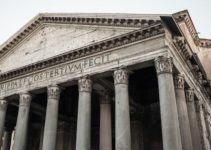 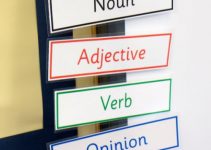 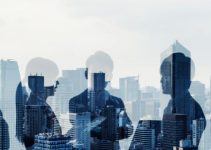 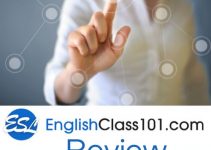 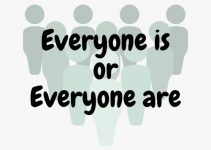