Ara ara is a feeling that can be used in many scenarios.

It is mostly used to convey surprise. In Japan, mature females might say “ara ara” and it has been popularised by anime in recent years as a way of showing attraction.

What does ara ara mean?

Ara ara (あらあら) is an interjection that does not have a clear definition. It is a feeling that means “oh my!” or “well well!” in Japanese.

It is mostly said by women who are mildly surprised, concerned or amused. The phrase can also be said in a seductive or flirtatious way, which seems to be prevalent in anime.

In daily conversations, this word is mainly used in the context of a mild surprise to mean “oh my” or “oh dear.”

It could also be used as an expression of annoyance or irritation, which might imply, “What am I going to do with you now? or “what is all the fuss about?”

“Ara ara” or “ara” is mainly used to express mild surprise or astonishment in daily conversation.

It can translate to mean many things in English, such as:

It can even mean:

“Ara ara” can be used gently and politely to show affection or compassion for someone.

It is said by motherly-types who want to show sympathy.

For example, a mother might say it to her crying child who hurt themselves.

“Ara ara” or “ara” can be said to express annoyance, disapproval or distrust.

It can translate to mean many things in English, such as:

Maybe this could be used in times of an argument or when someone does something wrong.

“Ara ara” has many meanings but it is typically used in a seductive way in anime.

This might happen when a female finds an attractive male and want to hint they have sexual intentions.

Japanese females might say “ara ara” in such a way to attract someone.

It’s a way of saying “look at this cute guy.”

Here is an example of someone saying “ara ara” in a seductive way. Just a warning– the comments section features a lot of creepy men.

Ara ara is typically said by females. For example, it is said by a caring grandmother when her grandson falls. Or from an aunt or mother or even a high school teen.

It is often spoken softly by the gentle, motherly type.

In anime, it is often said by females, such as Alicia from the series Aria or by Mutsumi Otohime in the manga Love Hina.

It is not said by males unless they are not being serious or are trying to be funny or sarcastic in some way.

Ara Ara can be said in other ways, such as:

Ara (said once only– this is like saying “oh!”)

Examples of “Ara Ara” in Context

Here are some example sentences (translated from Japanese) where the phrase “ara ara” could be used.

“Ara ara you are getting tall!”

Ara ara is used to express surprise here. Maybe you haven’t seen the person in a while and now they are all grown up.

This is to show surprise because of an accident or kind act.

“Ara what have you done now?”

This is a way of saying “Oh my” with an annoyed undertone. In this case, the person is likely not very happy with their friend who has gotten into trouble yet again.

Here, the person is comforting their child. They are saying “ara ara” to say they understand how upset their child is (and that they will help them).

Another word with the same pronunciation as “ara” is written as 荒 or 粗 in kanji.

These can mean a few different things. It can mean:

When you double it to 粗粗 (alternatively 粗々) it means the adverb “roughly.”

荒荒 (alternatively 荒々しい ) is pronounced as “araarashii” and it means “rough,” “harsh,” “rude” or “wild.”

Use This Word in Caution!

Be careful when using this word, especially around young people with great interest in anime or manga (known as otaku). Make sure that it is not misinterpreted!

While there is no precise translation, “ara ara” is typically used as a way to convey feelings.

Ara ara is used to express surprise or astonishment, to mean “oh my!” or “my my!”

Ara ara can be used to express a rang of emotions, such as mild surprise, annoyance, compassion and disapproval.

It can also be said in a flirtatious way by Japanese females. This is typically only seen in anime or manga.

It’s all about context and intonation. Try to read what “ara ara” means depending on the situation!

When have you heard the use of the interjection “ara ara?” Let me know in the comments section below! 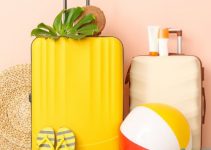 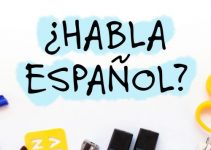 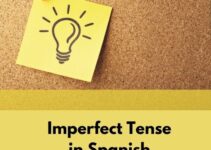 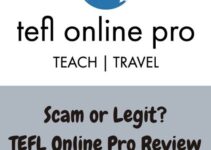