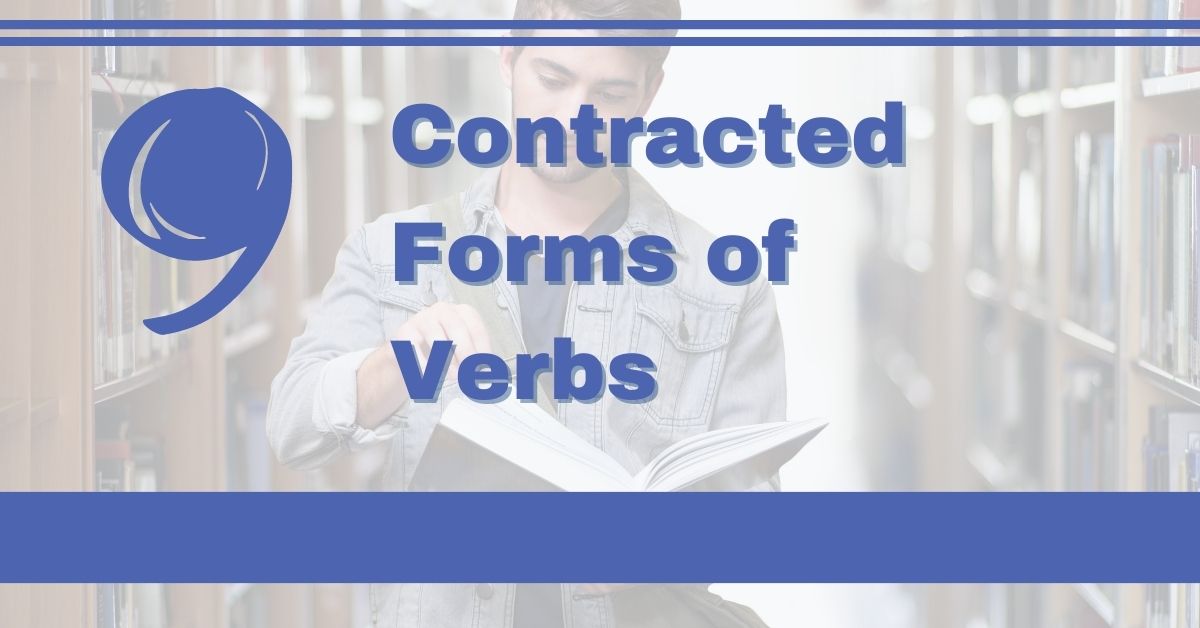 In English grammar, we might use the contracted form of a verb when we are speaking or writing informally.

Let’s look at a list of contracted forms of verbs (with their expanded form) so you know how to use them:

What is the contracted form of a verb?

A contraction is a shortened form of a verb that is used when two words are combined to form one.

This involves removing one or more letters and adding an apostrophe to create a new word. For example, “I am” becomes “I’m.”

When are contracted forms used?

Contracted forms are used frequently in everyday spoken language and informal written language, such as e-mails and text messages.

They cannot be used in formal, academic writing, or professional documents where each word needs to be spelled out completely.

The following is a list of common contracted forms of verbs:

While contracted forms of verbs are usually informal in nature, it is always best to use the full form in a formal context.

Contractions With The Verb HAVE

Here are some shortened forms of the verb “have.”

The contracted form “haven’t” is more common than the contraction with not. However, this may vary depending on the region you are living.

We have not met. We’ve not met (less common). We haven’t met (more common).

Contractions With The Verb HAVE (Past Form)

In American English, instead of saying:

“I have a new toy” they prefer to say, “I’ve got a new toy.” This is informal. However, “I’ve a new toy” is also correct; it’s just less common.

However, “has” can never be contracted when it’s the main verb in the sentence and in the third person present tense (he, she, it).

“She’s food.” This is incorrect. Instead, we can say, “She’s got food”

However, if “have” is the auxiliary (helping) verb, then we can contract the verb:

“He’s arrived.” This is correct, as the main verb is “arrive” and not have.

“It’s snowed.” This is correct as the main verb is “snow” and not have.

Contractions With The Verb BE

The contracted form “isn’t/aren’t” and “not” are used interchangeably and you will hear both said.

If you want to emphasize that you are not involved in something, you might be more inclined to use the “not” contracted form when speaking, although either contracted form is perfectly fine.

Contractions with the Verb BE (Past Form)

You can also use the contracted form with a noun, for example, “the dog’s on the sofa” (the dog is on the sofa) and “Alice’s here” (Alice is here).

Again this is informal and is more common when speaking.

Contractions with the verb DO

Contractions with the Verb DO (Past Form)

Contractions With The Modal Verb WILL

Nowadays, most people say “won’t” instead of “not.”

Contractions with the modal verb WOULD

“I’d not” is grammatically correct but sounds odd to native English speakers as it is not used. It is most more common to say I wouldn’t, he wouldn’t, she wouldn’t, etc.

Contractions with the modal verb WOULD (Past Form)

Short Forms of Other Modal Verbs

The modals can, may, must, should, and can also be contracted when used as auxiliaries. For example, “He can’t do it,” “She shouldn’t have come,” and “I wouldn’t have done it.”

Some of the contractions are rare and awkward, like “oughtn’t’ve” and “usedn’t.”

The contracted forms of verbs are informal and are used more commonly in speech.

It is good to know them in case you hear them in spoken English, and their usage varies depending on the region.