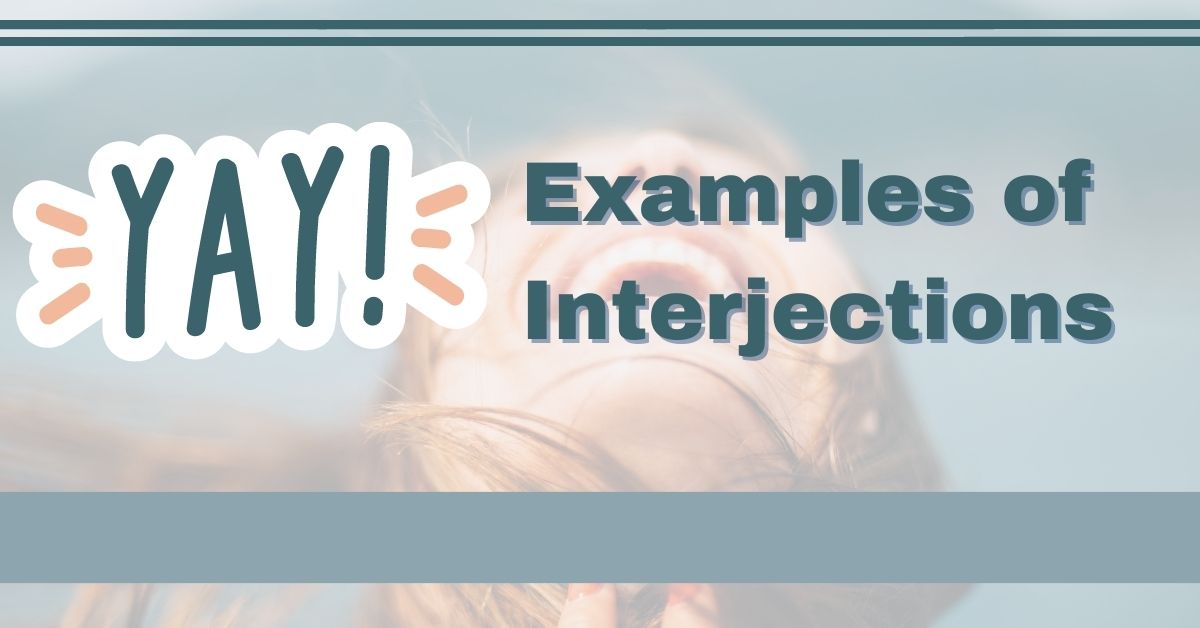 Interjections are used to express emotions or reactions. They are one of the nine parts of speech that shows excitement, joy, anger, sadness, or surprise. They help to convey the writer’s thoughts and feelings.

Take a look at our examples of interjections to see how these small words are used:

What is an interjection?

An interjection is a word or phrase used to express strong feelings or emotions.

They are not grammatically related to the rest of the sentence and typically come at the beginning of a sentence. They often occur alone as a one-worded sentence.

Some common interjections are “wow,” “ouch,” and “yum.”

Interjections can be used to add emphasis or to show how the writer feels about what is being said. They are not always polite and can be used to express strong feelings like excitement, anger, joy, or sadness.

Examples of Interjections in Sentences

Interjections are divided into three categories or types based on the feelings they express.

A Volitive interjection functions as an imperative expression; requesting or commanding something or wishing for something.

They replace “I want” phrases with something else. For example, instead of saying “I want you to leave,” you might say “shoo!”

An Emotive Interjection functions as an expression of sudden feeling or emotion.

These expressions convey the speaker’s attitude or reaction to what is being said. They replace “I feel” phrases with something else.

For example, instead of saying “I feel annoyed,” you might say “good grief.”

Cognitive interjections are used to express a thought or idea that has just occurred to the speaker as a result of what they have come to know or understand.

When an interjection is used in a sentence, it is typically followed by a comma or exclamation mark.

When we want to express strong emotion, we use an exclamation mark. These are known as strong interjections.

If it is a weaker expression, we can use a comma or period. These are known as mild interjections.

If we want to express disbelief or uncertainty, a question mark can be used.

Interjections are words or phrases used to express strong feelings or emotions. They can be used to add emphasis or show how the writer feels about what is being said and are not always polite.

I hope these common examples of interjections helped you understand more about them so that you can apply them in your own sentences!