Japan has a fascinating culture that ties with tradition yet continues to shift due to today’s technological developments and global economy.

An increasing number of western English language teachers reside in Japan, and it has now become even easier to get a permanent residency if you are serious about the big move!

Japan places great importance on work and education, reflected in its peoples’ determination and focus. It is said that Japanese education contributes to the overwork culture rooted in its society.

Here are some of the remarkable cultural differences in the Japanese classroom:

The majority of students go to cram schools or supplementary private schools from a young age. At these schools, students spend hours studying before their high school entrance exams to get into a prestigious high school.

These cram schools, called juko, offer lessons after school, on weekends, and even during school holidays.

Schools hire foreign teachers so that students can practice conversation exchange, get pronunciation help, and gain the language skillset they need in controlled and freer activities.

The teacher is a source of cultural information who provides real-life practice with the students. They enjoy having a friendly teacher that can give them some help and insight.

Many of the primary schools and jaku cram schools are there to respond to students’ needs. They provide a relaxed atmosphere where the teacher responds appropriately to the students’ needs and wants regarding the English language.

This presents problems when testing whether a student really understands the material or not, as they don’t want to stand out by asking a question or saying they “don’t understand.” They don’t like to make mistakes or stand out.

Teachers should try to answer questions they think the students might have. They can also make themselves available for questions during pairwork or when the class has ended so they can help students.

The body language in Japan is very unique and requires some consideration.

While American citizens typically point to their chest to refer to themselves, this is not the case in Japan. In Japan, the student puts the tip of their finger on their nose to indicate themselves.

Probably the most important and known gesture in Japan is the bow. This is the equivalent of the handshake in Western culture.

If students tilt their head to the side, they are not sure of something and wonder what it is. The same goes for rubbing the back of their head or sucking air in through their teeth.

There is so much more non-verbal communication attributed to Japan. Find more Japanese gestures here.

Japan takes extra care when it comes to appearances.

Most Japanese are quite conservative, opting to wear clothing suitable for their age and the venue. They keep their hairstyle very simple because it can be distracting for other students.

Tattoos, body piercings, makeup, and skimpy clothes would not be considered suitable for school. Students must wear a uniform.

When it comes to wearing shoes, everyone (including the teachers and other members of staff) takes off their shoes at the entrance of the school and puts on slippers or some kind of indoor shoes.

This keeps the school clean and teaches responsibility and respect, like respecting their own home.

6. Social Standing of the Teacher

The teacher has to be aware that a hierarchy exists, even in the schools. This means that teachers have to be careful when speaking to someone who holds a higher authority ranking, such as a principal.

Teachers can speak more informally with students and those who are not their superiors.

Japanese separate true feelings from what they are actually thinking. What the person is actually thinking is referred to as hone. These thoughts are often kept private if they go against general opinions or social norms.

The thoughts that are made public are those that are expected according to one’s position and circumstance in society. This is known as tatemae.

As Japan has a collective culture, students don’t want to stand out and seem different from other students. This is the opposite of the US, where individuality is promoted.

They don’t want to show whether they are at a higher or lower level than the rest of the students, so they might refrain from revealing too many personal details about themselves.

If the teacher performs a needs analysis, the students may feel too modest to admit their achievements, such as their English study abroad. If they feel they should be in a higher-level English classroom, they are likely to avoid saying so.

Even in junior high school, they might prefer to reach a consensus on a matter rather than give their views individually.

Japanese people do not like to give eye contact, as this can be seen as a little rude and intrusive.

It’s ok to make eye contact for a brief part of the conversation or as another way of greeting someone.

Some students might close their eyes in class when they are listening instead of making eye contact.

Teachers may have to encourage business professionals to make eye contact if their job involves meeting people abroad.

Posture is considered a way of telling someone you are listening and respectful.

Slumping or leaning casually against walls is regarded as inappropriate. Sitting with arms or legs outspread is considered arrogant. As a modest culture, this is definitely a no-go.

Silence is quite normal in conversations as Japanese students do not like to interrupt each other. They wait for the other person to finish what they’ve said, and there is also silence when they are thinking.

To avoid other students jumping in and filling that silence, it’s best to teach the Japanese some phrases they can use as fillers for their thinking time.

For example, they can say something like “you know” or “let me see” before they get started with their next sentence. “I think that…” is a good way to introduce their next point and again reduces the length of the silences.

Japanese students are extremely punctual for school. They will also usually stay later with extra school activities or study.

The students show great discipline, so if the teacher is absent from class, they study independently. Imagine that!

Students are expected to be motivated by the teacher. Nagging, cross looks, and occasional outbursts are considered to be acceptable ways of motivating students.

The students don’t put their bags on the ground, so the teacher may have to find a table or chair for them.

The students are also expected to clean the classrooms as there is no school janitor. This means that they will even pick up eraser peelings from the floor! Students usually spend 15 minutes cleaning up the classroom, toilets, and other school spaces at the end of the day.

As you can tell, Japan has a unique yet fascinating culture, and you probably won’t fully grasp it until you travel there yourself!

Interested in teaching English in the Japanese classroom? Let me know what you think of Japan in the comments section below! 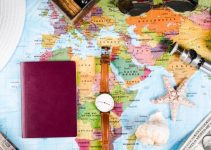 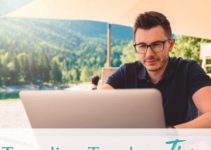 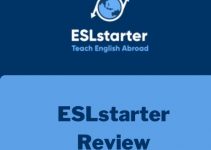 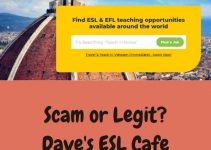 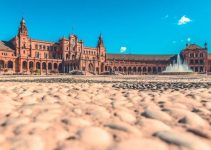 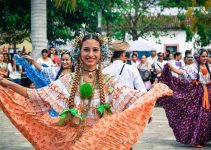