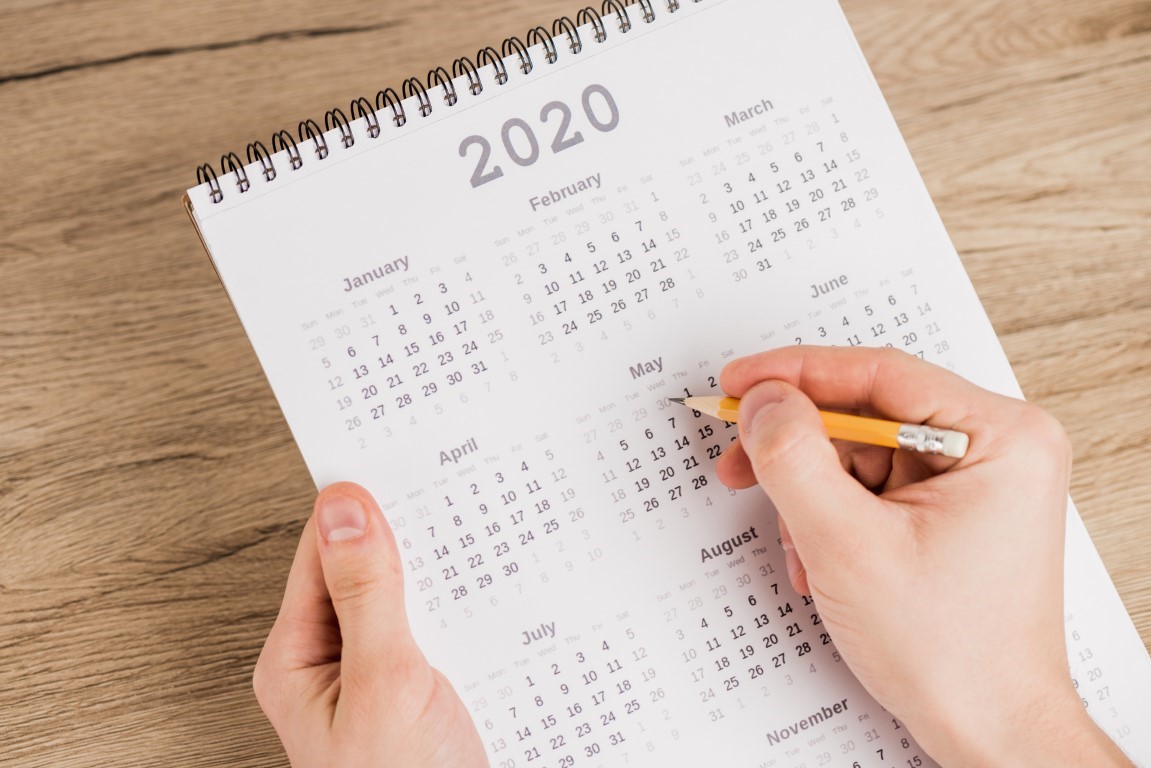 There are twelve months of the year in the English calendar.

The names of these months, when written in full, are as follows: January, February, March, April, May, June, July, August, September, October, November, and December.

What are the months of the year?

Here are the months of the year in order:

What is a month?

A month is a unit of time in many calendar systems, such as the Gregorian and Islamic calendars.

The word month is derived from the old English word mōnaþ and comes from the Proto-Germanic word for “moon.” This is because the Moon takes 29.5 days to travel around the Earth, and this approximately matches up to a calendar month.

The traditional concept is that a month is a period between two successive syzygies (new moons).

There are twelve months in a year. January is the first month of the year, and December is the last one.

How many days in a month?

A month is a unit of time. It contains an average of about four weeks in the Gregorian calendar system.

Each month has a different number of days. The shortest month is February which has 28 or 29 days, while the longest one is July which has 31 days.

There are 12 months in one year. All months have thirty or thirty-one days except February, which has 28 days every year. This number changes only if there is a leap year (every four years) when February will end up with 29 days.

How to Learn the Months of the Year

Here are some tips to follow to help you learn the months of the year.

Put the months in order:

Find the months of the year in the Wordsearch:

1. What is the sixth month of the year?

2. What is the first month of the year?

3. What month comes after March?

4. What month comes before August?

5. In what month is Christmas?

6. In what month is Halloween?

7. When is your birthday?

Months That Have 30 Days

Months That Have 31 Days

Examples of Sentences with the Months of the Year

Grammar of the Months in English

The months can be written in their short form (Jan, Feb, etc.), but other abbreviations are also correct, for example, Ja, Fe, Ma, or J., F., M.

The first letter of a month is capitalized as a proper noun. Similarly, holidays and the days of the week are capitalized no matter where they appear in the sentence.

There are no differences between American and British English spellings of the months.

When writing dates in English, it is written as the day-month-year in British English but the month-day-year in American English.

Origin of the Months of the Year

Where did the months of the year come from? How did it all begin? Let’s look at the story behind each month of the year.

Janus was a Roman god of beginnings and endings who had two faces.

Janus ruled over doors and gates, which seems relevant to the beginning of a new year.

He is frequently represented with two faces: one looking ahead and the other looking behind.

January was the final month to be incorporated into the calendar, which initially had ten months and started in March.

February is named for a Roman purification holiday known as februa, which occurred around February 15.

Februa means “month of cleansing,” and February was formerly the final month of the year.

A “month of cleansing” appears to be a wonderful approach to say goodbye to the old and welcome in the new.

The month of March is named after the Roman god of war called Mars.

The period between the old and new year was used to declare a truce in ancient Rome because March was originally the first month.

After all, it was warm enough to resume fighting.

According to one theory, April takes its name from the Latin word for “second,” as it is the second month of the year.

However, others claim that April derives its name from the Latin term apereire, which means “to open,” suggesting springtime.

It’s also said to have been named after Aphrodite, the Greek goddess of love and beauty.

The month of May comes from the Greek goddess Maia. She was the Roman goddess of Earth and Springtime.

Juno, queen of the Roman gods, was named after June.

Juno was associated with childbirth and marriage, which is appropriate for one of the most popular months for weddings.

The month of July was named after Julius Caesar, who was born in the month.

Previously, July was known as “Quintilis,” which meant “fifth” and referred to the fact that July was the fifth month with the calendar year beginning in March.

The month of July was also the first to be named for an actual individual rather than a Roman or Greek deity.

August is named after Augustus Caesar, the first emperor of ancient Rome.

Emperor Augustus’ legacy eventually gave rise to the term august, which refers to “respected and impressive.”

While this no longer applies to the calendar year, they were indeed previously the seventh, eighth, ninth, and tenth months.

Other questions related to the months of the year:

How many days in a year?

There are 365 days in one year. If it is a leap year, there are 366 days. A leap year occurs every four years.

What is a leap year?

A Leap Year has 366 days. There is an extra day added to the last month of the year, February, every four years due to the different cycles involved with Earth’s rotation. This extra day is known as a ‘leap day.’ 2016, 2020 and 2024 are leap years.

That concludes the months of the year for English-speaking countries.