Symbols are a universal sign that can be understood in countries where English is not natively spoken. Learning these different symbol names will help you as a writer and can even prove useful when searching online or deciphering a message.

We can see symbols in many facets of life, from email and math symbols to music symbols and fortnight!

Every time you open a book, explore the internet or even sign up for an email account at one of many popular free webmail sites, you are opening yourself to a world of symbols.

Nowadays, it is easy to become overwhelmed by all of these special marks and symbol names, especially when you consider how they are used in different settings.

However, knowing what some of these symbols mean is also very important, especially for writing purposes. Many different types of marks can be put into words to change or add meaning.

Let’s take a closer look at the different types of symbols and punctuation marks you might come across when reading and writing.

See mathematical operators and symbols in Unicode to learn how to type these symbols fast.

The period/full stop is one of the most prevalent marks in written English and is used to end a sentence or indicate the end of specific abbreviations.

The comma is used as a method of separating items in a sentence. The English language tends to place commas after each item in a list and before conjunctions like “and” or “because.” It is also used to indicate specific pauses.

The colon is typically seen just before a list or explanation.

An example sentence with a colon is “I like the following: iced tea, pizza, and biking.”

The question mark is used to indicate an interrogative sentence. In other words, a sentence that asks a question.

For example, “how are you today?” and “what is your name?” are questions.

The semicolon is used for a longer pause than a comma, but not as long as a period.

An example is “I had a lot of questions; I didn’t have many answers.”

The ellipses are used as a pause, an unfinished thought, or to replace omitted words.

The dash can be seen in writing as a replacement for a colon (:), a semicolon (;), or an ellipses (…). It is used when describing certain actions, or it can indicate an interruption.

For example, “I needed to run– I was already late.” or “Don’t eat wild mushrooms– they could poison you.”

The ampersand represents the word “and,” but it can also be seen in conjunction with business names that have formed a partnership.

For example, companies like Johnson & Johnson or Tiffany & Co. use an ampersand to indicate the word “and” within their official names.

A quotation mark shows the beginning and the end of a direct quote.

For example: “I can’t believe you said that.” or “She told me not to worry and I believed her.”

An apostrophe is used to replace omitted letters in a contraction.

They can also indicate possession (ownership). For example, “John’s guitar.”

An asterisk generally signifies that something has been omitted and points to disclaimers. The asterisk is used to indicate a footnote reference that is placed at the bottom of the page.

For example, maybe you see an advertisement that reads: Get $25 when you sign up today* and if you check the footnote it says *terms and conditions apply. Spend $250 to receive a $25 voucher on your next purchase.

The cent sign is used in accounting or as a form of currency—for example, 75c means $0.75.

The degree sign is used as a symbol for temperature and elevation, as well as angles in geometry.

The hyphen is usually used to connect related words or parts of a compound word.

For example, “I am a non-native English speaker.”

The slash is used to show alternatives, such as “male/female,” and “yes/no.”

It can be used as a division or fraction symbol, or a date separator and is frequently seen in web addresses.

The percent sign is used for percent and can be written as “%” or “percent.”

An octothorpe is better known as a hashtag on social media. Programmers invented it for the purpose of grouping data, but it has since become a popular tool for indicating a topic of interest on social media. It can also be used to represent the word number.

The at mark(@) is used in email addresses. For example, hello@tprteaching.com.

The equal sign is seen when writing an equation or in expressions of equality. It is also used to mention the total value of a calculation.

The underscore is a line drawn under text to indicate emphasis. It is also used as a replacement for spaces when coding or writing an internet link.

The bullet point is used to indicate a list, and it is often seen with numbers or other similar lists.

When summarising information you may use bullet points. For example, the benefits of owning an iPad in bullet point form:

The parentheses are used around content that is not important to the sentence, but could be seen as relevant.

For example: “The movie (Titanic) was very interesting.”

The curly brackets are most commonly found in math, programming and music. It is rarely used and shouldn’t be used in formal writing.

The square brackets are used to indicate that text has been added or altered in some kind of way. When writing a direct quotation, the square brackets intend to clarify meaning or provide a brief explanation so the quote makes sense to the reader.

Harry said: “I can’t believe she , would date me!

The greater than symbol is used to show that something is larger than another thing.

The less than symbol is used to show that something is smaller or lower in value.

The copyright symbol is seen in advertisements and official material. It notifies readers that an image, writing, or other pieces of content is the copyrighted property of the author.

The trademark symbol is used to indicate that an image, writing, or other pieces of content is trademarked. A trademark means that a company can protect its brand to avoid false advertising.

For example, a company claims ownership of the product by adding the trademark symbol: The Super Wet Jetty™

A therefore sign is used to indicate that one statement is the result of another. It shows that two statements are related.

A backslash, also referred to as a backward slash or downward slash, is used as the division symbol in programming. It is often found separating file paths on the computer. It has no use in writing.

A vertical bar is used in programming and music to indicate a choice, but it can also be seen to separate items in lists.

For example, before clicking into this webpage, you may have seen a vertical bar used on Google search: Learn English Symbols | TPR Teaching

An inverted question mark is written to indicate a question in some Latin languages such as Spanish. It is written before the interrogative sentence or clause. It’s followed by the ‘ordinary’ question mark at the end of the sentence.

An inverted exclamation mark, as seen in Spanish, is used to indicate a stronger emphasis on a statement. It can also be placed at the beginning of sentences to express shock.

The decimal point separates the whole number from the fractional part of the number.

The silcrow, or section sign, is used to refer to a certain section in a document. This is frequently seen in legal writing.

Thank you for reading an article about the different symbols and punctuation marks in English! Did you learn any new signs today? Let me know in the comments below.

Don’t forget to share this with a friend if you found it helpful! 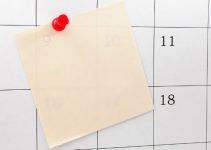 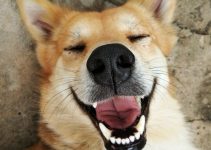 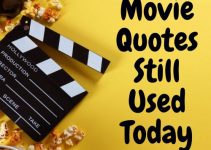 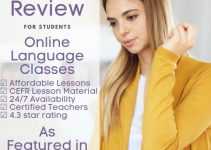 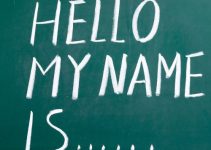 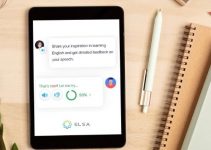