Is it Thomas’s’, Thomas’, or Thomases?

There are many different style guides for English-language writing. You would write Thomas’ or Thomas’s in the possessive case, depending on which style guide you’re using.

The name Thomas is a proper noun. A proper noun is a person, place, or thing’s name. In English, proper nouns are capitalized.

The Associated Press Stylebook says that any plural noun, including names that end in an ‘s,’ should be followed by an apostrophe. If you’re using the AP style, Thomas’ is the way to write it.

Examples of sentences with Thomas’:

Thomas’ car is in the garage.

I saw Thomas’ bike in the yard.

I want to read Thomas’ comic.

We think we will go to Thomas’ party.

Even if proper names end in ‘s,’ we should include an apostrophe and s (‘s) in our text, according to other style guides such as the Chicago Manual of Style.

As a result, it should be spelled as Thomas’s.

If we want to pluralize a noun that already ends in ‘s’, we usually add es.

For example, the common noun class would be classes if pluralized. The singular noun actress would be actresses when made plural.

It’s the same for Thomas. If there is more than one person named Thomas, we would say Thomases.

We don’t change the spelling of the root word in proper names. When you pluralize the name Cindy, for example, it does not become Cindies. However, this rule does not apply to our situation with Thomas’ name.

While it is technically correct to pluralize names in writing, we rarely do so. When speaking we might say, for example, “the Thomases are our neighbors!”

We alternatively might say “We live near Mr. and Mrs. Thomas” or “we live beside the Thomas family.”

How do we make the plural “Thomases” possessive?

We would add an ‘s’ to the end of the plural name Thomases if we want to make it possessive.

For instance, “Thomases’ residence.” This implies that more than one Thomas resides in the home.

Which is more popular– Thomas’ or Thomas’s

Thomas’ is more common in British English (the U.K.), while Thomas’ may be used more often in American English.

However, the use of additional s to spell the term is becoming more prevalent in the United States. Whatever style guide you choose to follow, stick to it!

If you don’t want to pick a style guide or aren’t sure which one to use when writing, simply say that the video game “belongs to Thomas,” for example. This removes any discomfort by merely rephrasing how you say it.

A list of commonly asked questions related to our topic: Thomas’s, Thomas’, or Thomases.

What is the plural of Thomas?

The plural of Thomas is Thomases. We find the plural of a name ended in -s by adding -es. This means there is more than one Thomas.

What is the possessive of Thomas?

Thomas’ and Thomases are the possessive forms of the name Thomas, for example, Thomas’s birthday. Whichever you use depends on the stylebook you are following.

What is a stylebook?

This is a collection of rules and examples of punctuation and typeface used by writers, printers, and editors.

Should I use Thomas’ or Thomas’s when following the Associated Press (AP) stylebook?

When we make proper nouns possessive, the only thing that changes is the addition of an apostrophe—for example, Thomas’ dogs.

Should I use Thomas’ or Thomas’s when following the Modern Language Association (MLA) stylebook?

According to the MLA stylebook, singular proper nouns ending in s follow the general rule and require an apostrophe. As a result, it becomes “Thomas’s dinner.”

Should I use Thomas’ or Thomas’s when following the American Psychological Association (APA) stylebook?

You can use Thomas’ when forming the possessive following this style guide, for example, “Thomas’ books.”

Should I use Thomas’ or Thomas’s when following the Chicago Manual of Style (CMS)?

You can use Thomas’s when forming the possessive following this style guide, for example, “Thomas’s family.”

I hope I have been effectively able to answer the question of whether you need to use Thomas’s, Thomas’ or Thomases in your writing!

The greatest piece of advice we can give is to consult the style manuals first before making a decision whether or not to utilize Thomas’s or Thomas’. Use Thomases when forming the plural of Thomas.

I'm an Irish ESL teacher and blogger. I started teaching in 2016 and have since taught in the UK and Europe. You will find tons of resources to help you start teaching online, grow your income, and learn and teach languages on this site. Please show some love and support by sharing this article with others. Thank you! 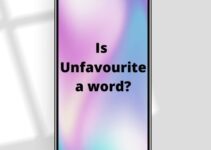 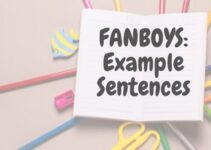 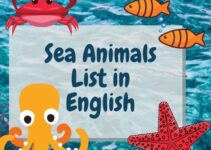 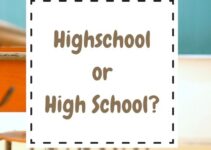 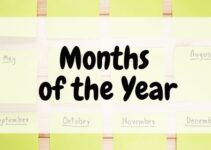 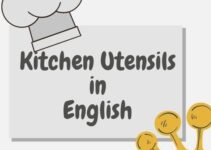 VPN For Travelling: Stay safe on the internet while teaching online (Recommended)

TPR Teaching was set up to inspire others to teach English online. Our goal is to help you successfully teach English so you can work from home, travel or have a part-time income.

All content on this site is written for educational and entertainment purposes only. Tprteaching.com is a participant in the Amazon Services LLC Associates Program, an affiliate advertising program designed to provide a means for sites to earn advertising fees by advertising and linking to Amazon.com.