Giving children a new video game may seem like we are sacrificing our children’s safety for an entertaining distraction.

While getting overtaken by zombies in a fun Roblox game may seem like a good idea, questions surround the child’s welfare in the crazy online world. Will the child be exposed to violence, sexual content, advertisements, cyberbullies, and even predators?

On average, children in the United States spend four to six hours per day watching and using screens, such as laptops, tablets, smartphones, and TV. For teens, this can be up to a shocking nine hours. There is no doubt that kids will be playing a lot of video games this summer.

In a new study published in the journal Scientific Reports, researchers at Karolinska Institutet in Sweden who analyzed over 5000 children from ages 9-10 over two years, found that playing video games improved their cognitive skills.

What Is Intelligence And How Is It Measured?

While we may have our own interpretation of intelligence, the study defined intelligence as the ability to reason, learn effectively, adapt to new situations and understand complex ideas. This definition covers many cognitive processes encompassing intelligence, such as reading comprehension and long-term memory.

This intelligence study differed from previous studies as the researchers took into account children’s genes and socioeconomic backgrounds before measuring their intelligence through various intelligence tests, including reading comprehension, attention, memory, flexible thinking, and visual-spatial processing.

While they didn’t measure the effects of screen behavior on other areas of the child’s life, like wellbeing, physical activity, and school performance, Torkel Klingberg, a professor of cognitive neuroscience at the Department of Neuroscience, Karolinska Institutet, said, “Our results support the claim that screen time generally doesn’t impair children’s cognitive abilities and that playing video games can actually help boost intelligence. This is consistent with several experimental studies of video-game playing.”

Unfortunately, children who spent their time passively watching TV and engaging in social media didn’t have the same impact on cognitive skills. This had neither a positive nor a negative effect on intelligence.

Several scientific studies have shown that video games may also help learn new languages. Learning a second language via video games can improve the vocabulary and pronunciation of gamers.

Technological advancements such as personal avatars, voice chats, text, and goal-based interaction can influence this learning.

Caitriona Maria, an educational site owner and online English language teacher of more than 40 Hong Kong students, noted, “many of my primary school students aged between 6 and 12 are avid gamers. They go online and speak with people playing the games. I have noticed it has positively impacted their English language skills. They have also been learning to speak better Mandarin, which is a different dialect from their own (Cantonese).”

The online language learning market was a 14.2 billion USD dollar industry in 2021 and is expected to exceed USD 28.5 billion by 2028. Ed Tech’s key players, such as Wall Street English, Rosetta Stone, and Duolingo, use a gamified approach to enhance learning.

Who knows how future advancements in technology and gamification might affect learning, language, and cognitive abilities.

Educational Video Games For The Holidays

Unfortunately, not every game is suitable for kids. Parents must check the game rating and reviews before allowing their children to play.

That being said, there are many beneficial educational video games for children of all ages. Here is a list of some great educational and fun video games on the market at the moment:

Take your child on a trip around the world and test your geographical knowledge: gameshow-type questions, video clips, and pictures to learn about different countries and the natural world.

Transform a blank canvas into a magnificent metropolis. Build a thriving city while learning about infrastructure, road planning, pollution, and employment, to name a few.

Solve crosswords and puzzles with Wordscapes. Expand vocabulary by learning new words and their spelling.

Children can become their favorite animals in this epic game. Step out of your natural environment and explore different ecosystems, flora, and fauna. Filled with educational videos and games.

Children can learn more about politics and become president of their very own country. Solve real-world problems such as budgets, the law, and crime.

Gaming consoles, tablets, and computers have made it easier to connect to people around the world and provide an out-of-this-world learning experience.

It’s important that parents are aware of the benefits as well as the negatives. Video games can have a positive impact if used in moderation and with age-appropriate games.

So, the next time you’re concerned about your child rotting their brain by playing video games, don’t be. They may just be getting smarter.

More Articles From The Wealth of Geeks Network:

This post was produced by TPR Teaching and syndicated by Wealth of Geeks. 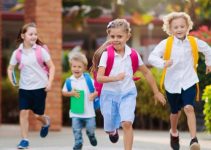 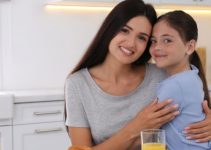 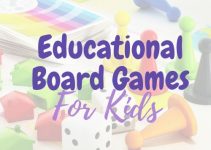 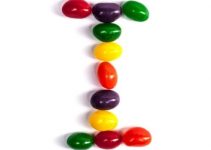 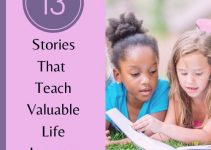 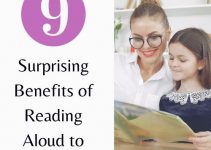